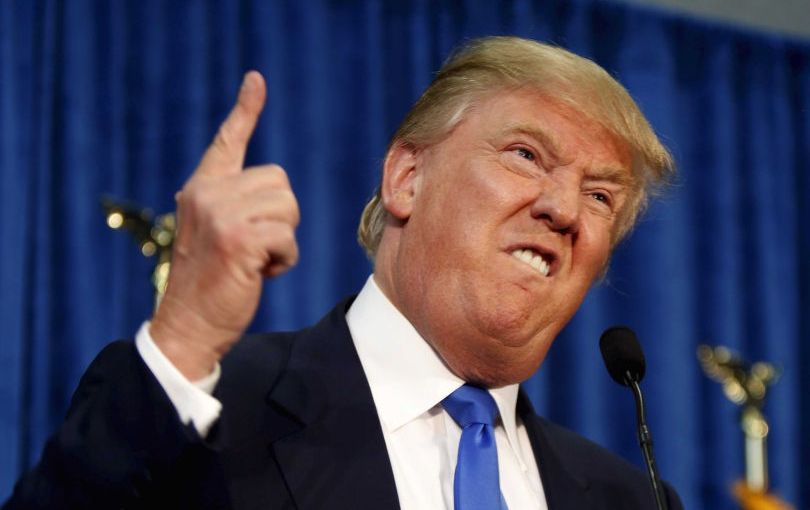 I’m not one to post about politics, but I’ve had some things on my chest for a while.  All of them are coming to a head. And here seems like as good as place as any to voice them.

The countdown to January 20th continues, and there is no infiltration in sight.  No one is coming to our rescue, no one to deliver us from this evil.  Because, that was our job, the American voters.  We failed, his opponents failed, and like Meryl Streep said “we all lose”.  I was nervous when Bush Jr was elected, even more so for the second term.  And now, I am downright uncomfortable.  I watched his press conference with a knot in my stomach.  I kid you not, nausea is still coming at me in waves.  This may sound dramatic and maybe some day I’ll look back and agree that it is.  But today, I am terrified about what is about to happen.  I know I know, my New Years post was about being a positive Polly.  I’ve fallen off the wagon.  I’ll hop back on as soon as I stop dry heaving thinking about our President Elect.

I have been imagining the possible outcomes. And trying to estimate the probabilities of certain catastrophes happening during the next four years.These are the thoughts that have consumed me since election night.  I work in the finance industry.  When the president-elect makes a derogatory comment about an industry or company, all you can do is sit back and watch. Watch how that stock or sector flails about. While the market is a cycle and goes through ups and downs, the fact that this one idiot and his ignorant opinions, can wreak havoc in so many ways is unsettling to say the least.

Working in the finance industry, I find myself surrounded by men.  Not figuratively, but literally.  My desk is smack dab in the center of the four men I work for.  Throughout the election is was quite clear that some were supporters of the now president-elect.  I can’t count how many times I had to get up and walk away from conversations when it would deviate from the topic at hand to pro-trump bullshit.  Or when they would congregate at MY desk and chit-chat about their choice for president and how great everything was going to be once he was elected.  I may not be the most open-minded person this side of the Mississippi, but….how?  How is this what people think?  What they believe?  This entire election and everything that has come out of it has been just….unfathomable.

So, as the title of this post said.  These are a few of my biglyest fears:

While President Obama has repeatedly asked that we, as a nation maintain an open mind.  Be optimistic, welcome the new president just as President Bush did for him. I’ve tried and I can’t.  Not honestly anyway.  I can put on a fake smile for a person or family member who wants to sing Trump’s praises in my presence. But, my poker face isn’t that convincing.  They have to see through it, and if they don’t, they are just as oblivious as Trump himself.   I think the only sound advice at this moment is something I’ve written about before.  More than ever, we’ll need to prepare for the worst and hope for the best.

A blog full of tips, inspiration and freebies!